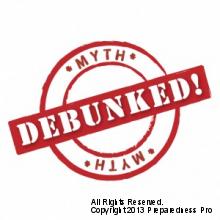 For the last year as I’ve been writing and teaching preparedness full-time, I have received on a rather regular basis, e-mail messages or blog comments questioning the veracity of my information because the reader has found somewhere else where such information was frowned upon, “debunked”, or disputed in some way. I don’t claim to perfect in my knowledge, but I do claim to be perfect in my intention to always provide my readers with information that I have researched, tried, and believed in.  Today’s article is for all of those who have already (or who may in the future) come across “debunkings” of my statements. 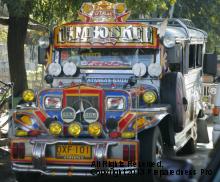 For those of you don’t know, I lived in the Philippines for nearly a year and a half. In spite of all of my mental preparedness, it was definitely a culture shock for me. I didn’t get to dwell in the more “city-fide” areas.  I lived, traveled, ate, and communicated out in the boonies. While I was there I was constantly running into counterintuitive “policies.”  For example, when the jeepnies, which are the primary source of public transportation, would travel at night, they would leave their bright lights off until they came upon an oncoming jeepnie. Then they would turn their brights on until the other vehicle had passed them.  Another “tradition” was that it was considered a poor health decision for a woman to take a shower or bathe during her menses each month. These ridiculous notions come from somewhere. Someone in a position of authority started them. Needless to say, I bathed every day of every month and I probably rolled my eyes and chuckled a bit every time I saw the brights go on towards oncoming cars—and then said a silent prayer for safety. I suspect that most of you are familiar with the tale of the emperor who is convinced that he’s wearing beautiful clothes which only wise men can see. He bought into this story, in part, because of his pride and the fact that he paid an exorbitant amount of money for these “new clothes.”  Not wanting to admit that he couldn’t see the clothes, the emperor paraded around butt naked in his imaginary attire. Only upon hearing a great deal of laughter and scorn from the villagers was he brought to his senses. Today, we are surrounded with a great many counterintuitive and “emperor’s new clothes” scenarios. For the purpose of today’s article I want to explore the dangers of drinking the Kool-aid and how we can soundly determine fact from fiction. So, for the first part of this article, today, I’m simply going to point out the dangers that we’re exposed to when we simply follow along as sheep. Tomorrow I’ll address how we can prepare and protect ourselves from being deceived. While the lucky ones were escaping the death trap of The World Trade Center during the 9/11 attacks, the NY Port Authority (a state agency) was broadcasting over their loudspeakers for everyone to simply stay put! This is just a small example as to why I firmly believe that the existence of our freedom and safety are seriously vulnerable to what authoritative presentations we buy in to.  Call it drinking the Kool-aid, questioning reality; or whatever you will.  We must take the time to research for ourselves. And then we must condition our brain to respond to THAT input rather than the input which may come from the masses. 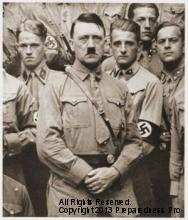 For every Mother Theresa through the ages, there are countless Hitlers

Our country, and even our world, is ultimately run by individuals. Yes, humans come with amazing talents, wisdom, mental fortitude, and compassion.  Unfortunately though, for every Mother Theresa through the ages, there are countless Hitlers. Now lest you think I’m pessimistic, understand that I am confident in how things turn out. I’ve read the book. I know how it ends. The good guys win, but not without a great deal of trial and travail brought about by the Hitlers of the world.  I believe firmly that in order to ensure your safety and true freedom, I can’t afford to simply take some “authority’s” word that something IS, simply because they say it IS.  Throughout history there have been far too many mistakes which have affected countless lives which prevent me from believing otherwise. The USDA, which strongly advises against bottling butter, waxing your own cheese, or preserving your eggs in mineral oil And yet this same agency refuses to consider how such products were preserved BEFORE we entered the days of refrigeration.  This is the same government entity that refuses to shut down beef manufacturing plants which repeatedly offend safety guidelines.  The USDA also allows the beef manufacturing industry to label the ammonia which is put in the beef as an e-coli inhibitor as a “processing agent.”  The USDA is also the one that puts out the “food pyramid” as a guide to how much a person should be eating daily and of what types of food. It hasn’t been updated for decades. And yet there are numerous doctors who believe that if you were to stick to eating according to the food pyramid then more disease and sickness would be prevalent in our society because our foods no longer have the same base of nutrients that they did when the food pyramid was first created. Our soil has been sorely depleted in nutrients. The rampant use of pesticides, herbicides, antibiotics, and other chemicals have a direct affect on our bodies.  One doctor has written three bestselling books on the theory that regardless of what you eat, you won’t receive any nutrients if your body isn’t properly hydrated, and yet the USDA doesn’t say any such thing. (See books by Dr. F. Batmanghelidj) The USDA also has no quantified regulations as to what qualifies as “organic” and thus many products are mislabeled as such. Were you aware that Whole Foods purchases a great deal of their fruits and vegetables from China? China doesn’t have ANY organic checks and balances. (see Organics from China) Let’s look at our U.S. military authorities. They should be trusted and believed to be protecting the lives of every soldier, right?   There is a high quality body armor available that the U.S military, as a whole, refuses to purchase for their soldiers, in spite of a greater value and evidence of a greater protection of life and vital organs. From what I’ve researched, it’s the very best body armor available to the masses and it’s the only body armor that’s available for civilians. It’s also the only body armor that’s customized to fit a woman and all of her curves.  Yet Dragon Skin has received nothing but criticism from the National Institute of Justice and many military leaders. Why? The truth is that there is a serious financial

consequence to retired military officials if they endorse Dragon Skin, as they have accepted cushy retirement jobs from the existing body armor manufactures.  As such, with as much cut throat maneuvers as you would expect from a government conspiracy movie, the NIJ has managed to “debunk” the benefit of Dragon Skin. Well, the NIJ  “debunking” was counter-debunked by a special episode presented by The Discovery Channel’s hit show, Future Weapons. (Dragon Skin Body Armor  and Dragon Skin Body Armor 2) NIJ had so little to go on that they actually refused in court “for reasons of national security” to not reveal what they felt was wrong with Dragon Skin.  Well, in my opinion, a multi-million dollar television show isn’t going to put their neck out “debunking” the NIJ unless they had the legal and physical strength to do so. The videos don’t lie in my opinion.  Neither do the testimonies of countless professionals who have had their life or physical functions saved as a result of Dragon Skin Body Armor. Fortunately, in spite of this brouhaha about the veracity of Dragon Skin, US Presidents and Vice Presidents, Secret Service Agents, Navy Seals, Blackwater contractors, celebrities, Middle East Contractors, members of the U.S. Coast Guard and the Marine Corps as well as diplomatic visitors have all benefitted from the use of Dragon Skin. But hey, the NIJ has “debunked” it—so it must be garbage, right?  Last, but not least, Dragon Skin puts their money where their mouth is by offering a $15,000,000 liability coverage on their product for each owner. (yes, that’s 15 million!) 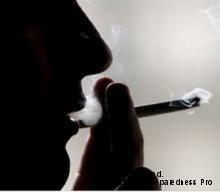 Smoking used to be hailed as healthy for you--DEBUNKED!

In the early 1950’s Dr. Ian MacDonald and Dr. Henry Garland were contracted by the FDA to conduct a study on the effects of cigarette smoking. These two doctors came to the conclusion that smoking was a “harmless pastime” which was “unrelated to lung cancer.” Dr. MacDonald was later quoted as saying “A pack a day keeps the doctor away.”  Over a million people have died as a result of that lie.  So, I ask you, were their conclusions accurate “debunking” of the concerns medical researchers had with cigarettes, or was it just plain genocide? Now, let’s follow these same two doctors on another matter.  The FDA contracted with these same two “professionals” to debunk an alternative treatment for cancer in 1953.  The two doctors paired up to call the treatment of Laetrile as “unconvincing” and “wasteful.”  Thus the FDA has refused to conduct any additional research on this topic and the American Cancer Society treats the topic with scorn. Both entities have refused any further investigation in spite of the obvious scientific errors these two doctors have committed in the past. Well apparently the standings of the FDA, the National Cancer Institute, and the American Cancer Society have been demoted by hundreds of American cancer patients per year. Instead of having cancer patients flee to our shores for the best treatments for cancer, we have hundreds fleeing from our shores to other nations in order to receive effective cancer treatments and even cures. Yet somehow these authorities stick with their commitment to our cancer treatment as it is now, even though the effectiveness of cancer treated through radiation and chemotherapy yields only a 5-10% effectiveness after 30 years of application. The bottom line for this butt-naked charade is all about money. The American Cancer Society MUST claim that their current methods are effective otherwise billions of dollars of funding would dry up. I could go on and on here with several other examples.  But suffice it to say, “debunking” is usually motivated by money and power in one way or another.  Government and powerful corporate entities have repeatedly shown themselves to be more interested in cover-ups than they are in good ole' honest coming clean.  So, without becoming hardened pessimists who don’t believe in mankind anymore, what can we do? I’ll address that tomorrow. Till then…don’t drink the Kool-aid just yet. Debunking Part II

Amen! Thanks for sharing.

I'll second that! You were able to put into words how I feel! Thanks so much.

Atta Girl! It IS and always HAS been about the $$$$. We have been given brains and the Creator intended us to use them! Keep up the good work.

An interesting book to read about the food pyramid is, "What to Eat". Written by the lady that was assigned by the FDA to actually re-do the pyramid. According to her the pyramid is all a lie. Interesting.