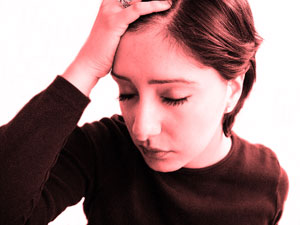 I anticipate that in virtually any emergency,

chaos, confusion, upheaval, and stress will accompany the scenario.  You could have plenty of food, water, family, and physical comforts, but nothing will be able to take the place of what you have “stored up” spiritually.  If you’re not in the habit of reaching outside of yourself for comfort and peace, the likelihood of you being able to do so successfully in the midst of chaos is unrealistic, and yet I assure you that it will be just as vital as will your food and water.

Spiritual preparedness cannot be accumulated overnight.  It takes diligent and consistent effort.  Just like 1,000 sit ups in one sitting won’t prepare you physically, neither will a periodic drop to your knees in prayer.  In fact, chances are, if you’re not already in the habit of strengthening your spiritual standing, you won’t be likely to take any such efforts in the midst of a disaster.  To me that would make a person just as vulnerable during a disaster as a wounded deer out in the wild of Africa.

Think of it this way.  The children of Israel left the captivity of the Pharaoh with all of their provisions.  They took their clothing, their family, herds, water, seeds, agriculture and construction knowledge, and essentially everything they would need to survive a long trek.  But, when they came upon the edge of the Red Sea with Pharaoh’s armies close behind them, could any of these physical provisions save them?  No.  What did save them?  Spiritual preparedness on the part of Moses.  He wasn’t prone to panic and pacing.  Instead he relied on something outside of his own physical abilities.

I know several individuals who dabble in building model airplanes, train sets, and boats.  I assure you that Noah’s building of the ark had nothing to do with a “little hobby of his.”  He was not a shipbuilder.  He was a spiritually prepared man.  I’m sure it was the result of his spiritual preparedness that he was able to break the news to his wife that her backyard was going to be consumed by a large vessel and hoards of animals, and not a recent “marriage class” he attended.

Five of Them Were Wise by Walter Rane

What made the difference between the 5 foolish virgins and the 5 wise virgins?  All 10 of them had vessels in which to hold oil.  All 10 of them fully expected to be granted access to the wedding.  And yet it was the spiritual preparedness that motivated the 5 wise virgins into action to actually fill their vessels with oil.  Didn’t even the 5 foolish virgins have every intention of filling their vessels with oil?  Surely you have the intention of filling your water jugs, your pantries, etc, right?  (What spiritual preparedness causes some to fill their pantry and their water jugs as opposed to others who just let them sit empty?)

In an emergency, situations will arise that we cannot possibly be prepared for otherwise.  Spiritual preparedness is often the only thing which can fill in the gaps of what we can and can’t do.  I find that it enhances my physical preparedness efforts as well, so long as I do all that I can.  Periodically I come up with ideas that I know I have never read in a book or heard of otherwise.  I’m certain that it’s as a result of my efforts to prepare spiritually for tough times ahead.

I consider spiritual preparedness to be a key component to my “warning system.”  Some call this “women’s intuition”, or a “gut instinct.”  I hope you don’t mind my telling you that I usually refer to it as a “prompting of the Spirit.”  After 9/11 occurred, we heard stories of numerous people who avoided this disaster as a result of their spiritual preparedness coming in handy.  Some avoided getting on the plane.  Some avoided going in to work that day.  Many similar credible stories circulated before and after Hurricane Katrina.  For example, last week as I was heading out of town to teach some classes, I felt an unexplainable sense of angst.  I had no idea what it was attributed to.  Sure I get a bit nervous before teaching a class.  And sure it was a lot of work ahead of me.  But frankly I’m used to that.  As it turned out I felt the urge to ask a friend of mine if she’d like to join me on a road trip.  Surprisingly she did.  We ended up having TONS of people at the training events.  The effort and time that I had anticipated to be the necessary preparation work for the events ended up doubling!  I literally could not have done what I did without her.  (Thank you so much, Vicky!)  This is just a small example of what I mean by spiritual preparedness.  If I was more wrapped up in watching Oprah on TV, or staying busy 24/7 instead of taking time to listen to what’s really going on around me, I assure you I would have been in tears and a big emotional mess.  I’m sure such a state would have given me NO credibility as a “Preparedness Pro.”

Peace Amidst the Chaos in Iran, June 2009 photo c/o time.com

Take time to pay attention to how you’re feeling.  Take time to be quiet so that you can listen to your instincts.  Take the time to instill habits which bring you a peace that may otherwise be foreign or in short supply in the midst of an emergency.  For those of you who believe in God, I assure you that He does not intend for those who are prepared to be panicked and helpless.  I figure that there’s a darn good reason why He urges us to be prepared.  Peace in the midst of chaos is what makes men great.   I’m certain that this is what He means when He tells us “if we are prepared, we shall not fear.”  Fear is debilitating and crippling.  I’m certain that if my spiritual preparedness is in short supply, I will be useless, and even a dangerous liability to those around me in the event of an emergency.  I am committed to being as much of an asset to my family and loved ones as possible.  How about you?

Glad to hear it, Amy. Welcome!

I just found your blog and am really enjoying it - thanks!

Enjoying and learning much from your blog.

Thank you so much Kellene.

I absolutely believe in a woman's or mom's intuition. There have been many times when I've both ignored and followed it, and it turned out to be accurate. It may very well be the Holy Spirit, but whatever it is, I trust mine!

Thanks for posting home-cooked dog food recipes – my dogs were getting skin conditions from even high quality dried food and from fresh bones; they love a meal made from pasta or rice with some vegies and meat or seafood added. ;D
Please keep up your good work! Do you know of any reliable gifted clairvoyants on Facebook or with websites who can provide some insights into the likelihood of earth changes affecting which part of the globe how? It would really help!