A Case for Food Storage

In the matter of

Defendant is guilty of unlawful endangerment, attempted murder, infliction of emotional stress, theft, criminal harassment, perjury, vandalism, disturbing the peace, racketeering, and fraud upon the citizens of the world.” 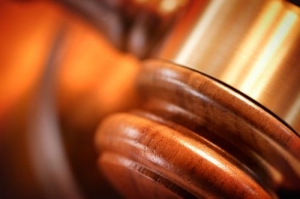 While many may have a tough time believing this when considering the case in favor of a year’s supply of food storage, I can assure you that the facts present themselves so abundantly in favor of food storage that were such a case to be brought before a court, this would be a slam dunk WIN for the “plaintiff.”  In my opinion, anyone who tries to convince you that you don’t need to be prepared with a year’s supply of essentials is plagued by some serious mental impairment.  I don’t say this coming from any position of religious belief regarding “the last days,” “Armageddon,” or “plagues, pestilence, and famine.”  The physical evidence is clear that we cannot continue to be oblivious to what’s going on around us and we must individually take action to prepare for a long-term interruption in our normal way of life—specifically when it comes to food and water.

Evidence #1: Worldwide food shortages. Believe me, I know talking about food shortages sounds crazy, but I assure you that it only sounds foreign to us because it’s simply not a part of everyday life for most Americans.  I have written two pieces solely about food shortages on this site and provided ample evidence of such.  But in case that’s not enough for you, go to your favorite search engine and do a search on “food shortage.”  There are news articles from all over the world discussing this reality.  It’s not just restricted to 3rd world countries like you may expect.  Nations which have previously been top exporters of various food products are now IMPORTING food due to weather and natural disaster occurrences.

Evidence #2: Financial instability. When an economy is in turmoil, it's not just about consumers being able to afford to make purchases.  It's also about manufacturers being able to afford to produce goods for consumers.  Consumers aren't the only ones going without right now.  Companies are cutting back drastically everywhere.  Even flourishing food manufactuerers such as Proctor & Gamble have had to shut down plants, offer small amounts on their consumer coupons, decrease benefits packages, and freeze pay raises in various areas within the company.  P&G is one of the lucky ones.  Many others have had to completely shut their doors after decades of successful business.  The financial dance of the economy is a complicated tango.

Right now the value of currency all over the world has been drastically reduced due to the financial meltdown within our nation.  We keep printing money to fund “stuff” without abiding by any consequences as to the actual value of that money.  In fact, the Federal Reserve has gone so far as to no longer produce the M3 report, which used to tell us just how much money was actually printed and in circulation at one time.  Let me share with you why that’s dangerous.

Suppose you ran a McDonald’s restaurant.  And suppose you elected to give out a coupon for a free McDonald’s meal.  Obviously, there has to be a limit to the number of meals your company can give to the community for free.  Even if you had a large budget for the campaign itself, you would still have logistical restrictions on the amount of beef, bread, manpower, and space that you would need to execute the coupon offer.  But what if one of your employees decided to make thousands of copies of that coupon and sent out stacks of them to everyone in the community?  Naturally you’re busy all day long making burgers, cleaning the restaurant, paying the employees and their benefits, and yet at the end of a month long campaign, all you’ve got to show for it is a stack of coupons that were exchanged for real meals.  Ultimately, you don’t have a business any longer—only the coupons are still in circulation.  So, tell me what those coupons are really worth to you—or more importantly how much they really cost you?

Such is the case with our present financial condition in our nation.  We don’t have enough to back up the value of our “coupons.”  The gold is gone in Ft. Knox.  We have no idea how many “coupons” are in circulation.  And at some point (in the near future, I predict) it will be the “end of the month’s campaign,” and we will see that we’ve got a whole lot of useless paper in circulation with nothing but our last meal to show for it.

So what happens?  People stop accepting your “useless paper” in exchange for your meals.  Instead they want something of “real value” such as gold, silver, or some other kind of “hard asset” trade in exchange for the goods you desire.  So how will you be able to feed your family for a year (or much more in order to provide enough time to fix such a mess) on what you’ve got in the form of “hard assets?”

This is exactly why I say that there is no better investment right now than FOOD.  Your money, or the value thereof, may be dwindling, but it can still be stretched a long ways in the form of coupons, rebates, combined with the “just plain cash” that we have now.  No matter what you pay today for it, it will still represent lifesaving nutrition for you tomorrow.  In fact, it will actually be worth MORE in the near future once an all out financial collapse occurs, because it will now represent a life saving asset that many will find themselves without.

However, if you are smart and invest in a year’s supply of food now, you won’t regret it regardless of what happens on Wall Street.

Evidence #3: Vulnerabilities.  The primary way that 98% of Americans receive some form of the nutritional needs is through technology and transportation.  ONE major earthquake along I-80, I-70, I-40, or I-20 in the United States and our nation will noticeably cripple our food and medical supplies.  A quarantine will cripple our access to emergency services, and depending on how long it lasts, even our access to running water, sewage, and electricity services.  Our nation runs pretty darn good when everything works well.  But it wouldn’t take much to put a major wrench in the flow of things.  One minor incident can cause a “food shortage” at your store within 30 minutes—no exaggeration.

Just as Dragon Skin Body Armor protects the wearer from a myriad of firearm hits (look it up, it’s AWESOME), food shortage protects from other ailments as well.  In the event that a particular staple becomes tainted in the market, you won’t have to “do without” because you already stocked up.  When prices sky-rocket because of rumor or natural disaster (just as rice and wheat have done over the last year) you’ll be a “foodlord” because of what you have already stored.  Your money will go further because your meals will be created as a result of what’s in your storage, not what you happen to pass by at the grocery store.  And a very definite sense of peace accompanies that storage in knowing that you have indeed provided for the well-being of your family and those you love.

To summarize, food storage is every man’s defense against inflation, famine, pestilence, government regulations, financial instability, war, terror, natural disasters, and just plain market manipulation.  Why would you be without it?

Yes, you can definitely bottle meatloaf. I would store potatoes in a cellar just like the farmers do.

Hi Kellene - enjoyed your class at Macy's last night. I am teaching my daughter now. We have two favorite meals we are wondering how we'd store. They are meatloaf and Baked potato bar. I figure we can only store the toppings for the potatoes (how would you store potatoes?). Can we bottle meatloaf? I know you said we can bottle hamburger.
Thanks. Hope you see this as I don't know how to email you.
Catherine