Note from Preparedness Pro: The article below is provided to us by Dennis Chalkus of  DCSurvivalKits.com He addresses the wide use of social media amidst a disaster. I personally believe that social media can easily be a reliable protocol that you can set up with your family members to use and it's one of the only ways I know to make sure that teenage family members are kept abreast of a disaster and the necessary action plans that need to be executed. 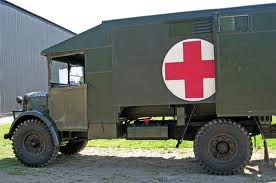 How Emergency Services Across the World Are Using Social Media?

Dissemination of information and communication are two of the most important things in a disaster situation. Where can people take cover? What areas should evacuate? Are loved ones safe? Is there more danger to come? What action is being taken? In an emergency situation, people have answers. Answering them one on one is often just not feasible.

In the digital age, social media has stepped up in a big way to help fill this gap. How is social media changing how emergency services all around the world use social media?

For one, social media is serving as an important source of information. Social media can provide valuable information like what areas have been hit by an earthquake or tornado, what buildings have fell and who needs medical attention.

When the 2011 earthquake struck Washington D.C., responders in New York could see the tweets before the quake actually hit New York.

One of the first things people want to do after being in an emergency situation is let their loved ones know they’re safe. If an area has been hit by an earthquake, a tornado or a fire, the first thing people do is hop on Twitter or Facebook to let family know that they’re safe.

This has really changed the dynamics of post-disaster relief. Instead of having to spend huge amounts of time connecting missing persons, much of this burden has been taken up by social media.

One big use of social media is dissemination of vital information. For example, when tornadoes hit Dallas Texas, both the Red Cross and the airport used social media to provide citizens with information on where to take cover, what flight statuses were and how to keep safe.

Without social media, less reliable mediums like radio, television, newspaper or live announcements may have been used. With social media, up to date information can be broadcast live for the world to see.

Often time’s information and help is organized by unofficial channels rather than actual emergency services. For example, when a tornado hit Joplin, Missouri, two people started a Facebook group to help keep residents informed of everything that was going on.

That group quickly grew to over 40,000 people – In under 48 hours. Local FEMA response teams were reluctant to get involved and broadcast official news for fear of not going through the right channels.

Local residents picked up the slack by broadcasting what areas were safe, who needed help and other important information.

Around the World: The Thai Floods 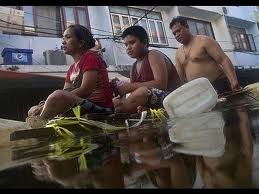 In 2011, Thailand was hit by the worst flood the country has seen in 60 years. The flood waters moved from the northern areas of Thailand all the way to central Thailand, hitting much of the countryside and eventually hitting the capital, Bangkok.

Many factories were affected. Production of Honda and Toyota vehicles were both affected as a result of the floods; plus worldwide supplies of hard drives took a significant dip because of factory shutdowns in Thailand.

During this time, information provided by official government channels and newspapers were often contradictory. One day officials claimed Bangkok would be safe, the next that it wasn’t. Reading the papers often yielded no real information.

A series of videos explaining basic flood safety, such as how to not get electrocuted while touching the water, was produced by NGOs and disseminated through Twitter. 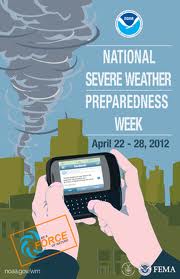 In the future, we’re only going to see more social media involvement in emergency services. Official organizations are likely to develop official stances and strategies. As social media gains more traction, it’ll become a more and more reliable source of information and help for everyone involved in the emergency.

Author Bio – This article has been written by Dennis from DCSurvivalKits.com and can be reached via e-mail at [email protected]. If you’re looking for a wide variety of survival kits or survival food storage supplies to prepare your family for emergencies, visit their portal today.

All well and good until the grid goes down, has anyone thought about what they would do if that happened?

I think with over 700 articles written on here about self-reliance you'll find that that topic has been addressed several different ways and repeatedly. It's one of the scenarios I feel is very likely, 2nd only to a financial collapse.

When we had the wildfires in Bastrop Texas last year, the county had a Facebook page but we also started one in our little rural community. Several people took turns patrolling the area and reporting so that we would know when and if we needed to evacuate or if someone needed help. I had called the non-emergency number for the sheriff's dept and was told they would send a car out with loud speakers through the neighborhoods if evacuation was necessary. Although we left the gate open for several nights, there is no way any of us could hear that when you live in the middle of 20 acres of woods and you're sleeping with the a/c on because the nighttime lows are in the 90s. Our FB page kept us up to date and gave all of us a little more peace of mind.

I read on another blog and a couple of others from APN that twitter was great for letting folks know about roads that were closed or open for evacuation. During the Waldo Canyon fire and evacuation. Texts do seem to get through even if voice calls don't work on a cell network..

Thank you for this post. It has gotten me to thinking. It used to be that if we had an earthquake, forest fire, or flash flood ( I live in a national forest at the bottom of a canyon in a high elevation mountain in California) we called family out of state to tell them of our status. If the phones work that will be great. If not, then I couldn't conceive what else to do. Thanks so much.

This post was very informative. I have always been a huge advocate of being prepared for disaster in the form of food storage, but food storage wouldn't do me any good if I couldn't get my family home to use it. Now, with the advent of social media, I can see the benefit of teaching my family how to use it in a way that could keep us not only safe, but together. Thanks.

Preparedness is about more than just grid-down situations. There are all sorts of emergencies, from local to personal, from temporary to more permanent. I thought this was a great thing to add to our arsenal of ways we can cope and help in an emergency, and I think this site in particular does a great job covering all the bases.