Some may have thought it wasn't ever going to return, but they were wrong. Yay!
You've heard it here first!

Their first episode of their Season Premiere will be on February 7th, 2012, (That's a Tuesday) at 9:00 p.m. (I'm presuming that's Eastern Time as most shows are advertised as such.) So mark your calendars to tune in. I will be on their second episode which is supposed to air on Valentine's Day (that's February 14th for you who are committed to forgetting that date. *grin*) at the same time.

I'm excited to view their new show--period--(almost as much as I am for the new series of "Drop Dead Diva" to return--yes, I really 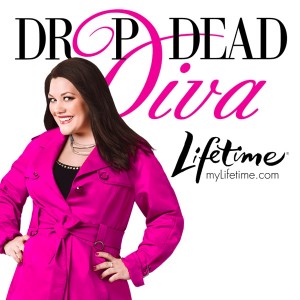 just said that) but I'm also excited to see how I fared in the editing room. I was very, very conscious of the words I spoke in hopes that I wouldn't give the scandalous-loving editors any content that would cause me, my religion, my marriage, or my fellow preppers any cause for embarrassment, but you just never know with all that's possible in the editing room today.

You should know that I didn't go into doing this show lightly. I watched their pilot and was actually impressed with how they presented preparedness-minded people. "Preppers," as they are often referred to, are by nature peculiar to a fast-food, entitlement, "the government owes me", kind of society. So there's going to be some odd factors to such a show highlighting such people. But for the most part, I could totally relate to what Doomsday Preppers chose to feature, though I would perhaps go about things differently than they. Regardless, I even felt like I learned a lot from some of the featured Preppers and it helped to feed my own resolve to do better. As such, I really didn't have much trouble in my considerations of being a part of their show. I weighed the possibilities of being portrayed inaccurately going in to the show, but I felt that the possibility of presenting preparedness in a positive, peaceful, practical, and most importantly-- from a community-driven perspective, instead of a "lone ranger hermit" kind of mindset, it was worth the risk. Truth be told, I've survived much worse in the form of "scandals" and being "hated" in my life than anything Doomsday Preppers could possible dish out, and frankly, in spite of all the negative possibilities, I felt the reward of getting my message to more people far outweighed the potential havoc that doing such a show could wreak. 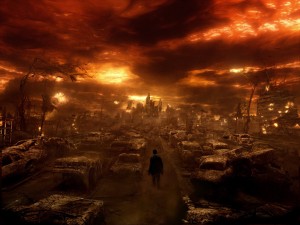 Something else I'll share with you...I don't relate at all to the term "doomsday" and went to great lengths not to use it, but the sweet producer, Jeremy, begged me to use the word several times. So I did for the continuity of the show. But hopefully the editing will be done in such a way that you can see I was more "tongue in cheek" about such a term. Obviously, this is television. And television is fueled by viewers which are fueled by the "train wreck modality" nowadays. This is actually why they used the term Doomsday Preppers-- in hopes that it would attract the like-minded individuals as well as those who might be enticed by the promise of seeing some crazy people who believed in a Doomsday Scenario.

OK. So one more tiny tidbit of good news. National Geographic (NOT their production company, but the actual station) contacted me to provide them with some of my "gourmet prepper food" recipes along with some pics for a new feature they'll be doing on their website. I'm tickled to have been asked because the Food Principle of Preparedness is my favorite one. I love creating great dishes with what I've got on hand.

The show premiers February 7th on the National Geographic Channel at 9:00 p.m. Eastern; The episode of Doomsday Preppers featuring The Preparedness Pro will be shown on February 7th at 9:00 p.m.

I'm sure the viewers will see what you are trying to portray, they will see the huge support system you have and will wish they could live in an amazing community with such WOMEN OF CALIBER(HE HE)! I met such strong and kind women! Thanks for teaching me a thing or two....I mean like everything I know! Good Luck in all your success!

That's great. I'm off Tuesday-Thursday until March sometime? Looking forward to it.

I am so excited for this also. It was so much fun to be a part of all the activities. I too hope the editing does you justice and shows the incredible things you have accomplished. Thanks for keeping us informed.

congradulations! I don't monitor national geographics website so I hope you'll make a big announcement in your blog when it appears
maybe food network is next---gourmet doomsday dishes or disaster iron chefs? ;-)

Looking forward to it, Kellene!

I am surprised to hear that food preps are your favorite- you are so good at telling us to do the other more important ones first that I never would've guessed! :)

While I appreciate that pat on the back--really I do--If you look at my 500+ blogs, I see an heavy amount of food related articles. But I'm just a foodie at heart. :-)

Otherwise, I thought your (& your husband's!) preparations were best so far.

@mannyd Kumusta kayo!? If you look up "sanitation" on the blog you'll see that topic covered in a couple of articles. Sanitation doesn't have a principle all it's own because it's influence is in a great deal of the other principles just as medical, water, food, etc.

As I was watching last nights show, I wondered about the "experts" that are asked at the end of a segment how well the prepper has done with his/her preparations. Then they give statistics on whether or not the worry of the prepper is likely to occur. I have to question 1. who the "experts" are and what makes them experts; and 2. What reasons those "experts" would consider prep worthy? I personally have more than one worry based on where I live (loss of power due to wildfires, disruption of power, transportation etc due to living on a major fault ie earthquake, the possibility of one or more of my 6 adult children and their family becoming unemployed or needing to live with us again etc) I think most preppers are like minded in that they are preparing for a multitude of possiblities not just things like EMP, Yellowstone, Zombies or nuclear war. One of my biggest concerns is how to get medicines. I am on a lifesaving medicine. My Dr is not going to give me a 6 month supply of it for prep reasons. Just how would I not only survive but continue to care for my family if I did not have this medicine. I would be able to survive for a few years without it if I lived very carefully but I would not do well for a few months before I had comeplete failure. How are any of you preparing regarding medicines?

@Rattailusa First of all, understand that Practical Preppers, aka "the experts" only have the information provided to them to go off of. The preppers themselves fill out the evaluation questionnaire. It's not like the experts got to see the show beforehand. Secondly, Practical Preppers is not the one responsible for underestimating and even misleading the viewers as to the likelihood of the "disaster" of focus and minimizing it's likelihood. The network, Nat. Geo. does that. I don't know why--it's maddening IMO and irresponsible. But so be it.

As for medicines you have 3 options 1) get them from foreign locations such as Mexico or Canada, 2) Work hard on finding natural alternatives to your medicines, and 3) Work hard on improving your health as much as is in your control so that you're not at a lifesaving risk. All three are my focus for my health issues.

One other thing, folks are getting their prescriptions filled as early as possible so that by the end of the year, they have extra. I have a friend who needs kidney rejection meds and this is how they've saved up 6 months of it so far.

Thanks Kellene, I hadn't thought of out of country options for medications. I hear the negative about getting them from out of country but if faced with no meds or take your chances then I would definately take my chances. I have an autoimmune disorder and my liver is in stage 3. There is no cure but the meds slow it down enough that I could die of old age before the liver reaches stage 4 IF I continue my meds.

I really think that NG should introduce the "experts" to the viewing audience so the viewers had more confidence in their decisions. On the whole I come away with something new each show that will be helpful to us long term. Thanks for a great blog and good information.

Do you know if the Prepper shows are all done. I loved them and really missed them. I learned so much from them.

They are on hiatus right now while getting ready for the 2nd Season. So don't you fret. They were picked up for a 2nd season.

I only recently found out about the series and have started watching the first season. Becoming a prepper is not, at this moment, possible for me. I am really impressed with what I see of the people on the show.

Hey Kellene! I'm somewhat new to prepping (a little over a year)and check in on your site reguarly. I just started watching this show and was happy to see you as a part of it! I think it took a lot of courage to be so public about your prepping, especially as we all know many people think we are off our rockers. I hope you were happy with how it turned out. I think you presented yourself and your views very well. Thanks for getting out there! I particularly loved the part with preserving eggs. Amazing! I can't wait to try that out! My boyfriend is a little more skeptical, so I just won't tell him till after he eats his 9 month old egg omlete.

Yeah, this is one time when "What they don't know won't hurt them" just might be applicable. ;-)