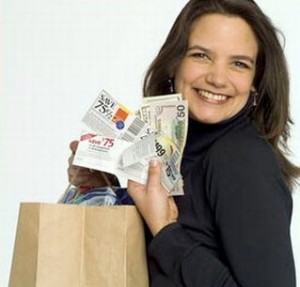 year. This Saturday will mark the last one I teaching this year before I start charging folks to attend this particular class. As a result, the classes this week have been quite full. (Many, of course, waited until the last minute to register only to have to be told that we were full to capacity—bummer.) In spite of full classes, I’ve still been a bit disappointed in the turn out. Let me expound on why I feel that way.

In our local news lately I’ve been following the case of a major scam artist. (Or am I supposed to say “accused scam artist?”) This guy Koerber has been accused of scamming local folks out of over $100 million dollars over the last couple of years by promising them a 50-100% return on their money. He simply applied the age-old ponzi scheme by taking the investments of some to pay “returns” to the investments of others to lend credibility to his 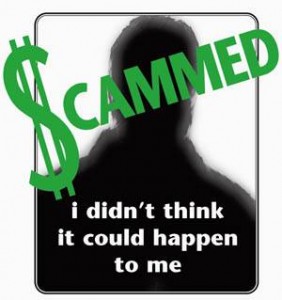 scheme and thus entice even more people into the program. Many, many individuals who are otherwise wise and frugal were duped into this program. Many tapped into ALL of their retirement program to participate in his promised returns. To make it even more offensive, he used his affiliation with the more predominate religion in this area to gain credibility. (Note: Anytime someone says you can trust them because they are such and such religion—RUN AWAY! I live by a saying that says “if you have to claim it, it probably isn’t so.”)

OK. So tons of people were tapping into their hard-earned money simply to get a 50-100% return. Why would they do that when there is a MUCH simpler, legal, risk-free way of getting that kind of return on their money WITHOUT having to pay fees, deal with the egos of Wall Street big whigs, and carefully watch the news every minute of every day? When I teach someone about using coupons, I’m teaching them how they can increase their buying power by 500%! And you don’t to have to risk anything to do it either! 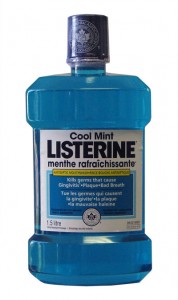 Look at it this way. A 1.5 Liter bottle of Listerine is regularly priced at about $6 in my area. (Though I did see it “on sale” for “only” $7.59 while I was in Vegas, so clearly pricing is relative to the area you live in.) However, through coupons I was able to purchase that same 1.5 Liter bottle for only .99 cents. At $6 the price breaks down to $4 a liter. But with a coupon I am able to spread my money further and pay only .66 cents a liter—a  price I’d much rather pay considering I’m just putting Listerine in my mouth and then spitting it out. All I did to compound my buying power was to print and cut out a simple little coupon. No middle man to pay commissions to. No fine print to comprehend. No attorneys to hire. And no risking my future. In fact, once I get that Listerine home, it is guaranteed to stay at only .66 cents a liter! The shenanigans of Wall Street won’t ever have an effect on that. No presidential administration will ever alter that price. And no war will ever affect that price either.

Coupons put money back in your pocket!

Now, let’s look at another side of this. When it comes to groceries, diapers, wheat, and other items that you absolutely need, the use of coupons has a tendency to INCREASE the value of your goods as well as increasing your buying power. Let’s take diapers for example. Anyone who’s had a child in the last 20 years will most likely agree that diapers are at the top of their list 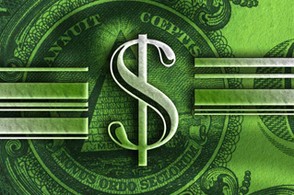 when they go shopping. No matter how many boxes of macaroni and cheese they have at home, they’ve got to get some diapers. Unfortunately, diaper manufacturers recognize our dependency on them and price them just as high as they think they can get away with it. However, recently I was able to use a sale on Huggies diapers with a manufacturer’s coupon, coupled with a store coupon, along with an electronic coupon and brought home a package of diapers that I paid only $1.50 for. Now, Kmart had those same diapers “on sale” that week for $10—regularly priced for $23.99. No matter how you slice it, using the regular price or a comparable sale price, I was able to significantly increase my buying power on my $1.50 either by 600% or by 1500%! If I’m able to take advantage of such a scenario more than once, then even a year down the road I have still managed to compound my buying power…but wait…

During the Teton Dam break, the most often requested item was diapers! So what if I am sitting there with some diapers! I can trade them with someone for something else I need. What if I could trade them for some wheat, fresh 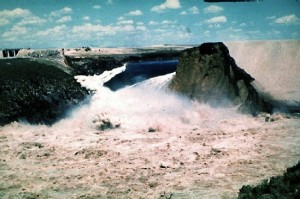 eggs, milk, or ammo? In a survival mode, Listerine may not increase in value, but necessities certainly will!

Tell me any other scenario in which you can increase your buying power this much. Not only that but I dare you to share with me an instance in which you could accomplish such an increase during any market ever in the history of our nation! Not even Trump can see that kind of a return on his best real estate investments. And for those, he has to continue to pay taxes on them, maintain them and hire staff to oversee them!

With the decline of the dollar, our taxes rising, and all of the other negatives that are affecting our buying power, why in the world wouldn’t folks make a RUN to any free event in which they could learn how to increase their buying power more than the Federal Reserve could possibly do for them?!

Kellene,
I'm so excited...I just got home from Fred Meyers. My purchase totaled $41, but after coupons I only paid $19. I have read your articles, done some internet research, put together my binder this week and saved over $20. Yeah!!

That's really something, because I was one of those people who would never in 30 some years use coupons. I got good deals and feed a large growing family of 7 kids for about $500 a month. I even teach classes in our community on the Provident Pantry, etc.

Now with only 4 of us at home I think I will be able to do it for $350, including food storage and household. I may will have to refer students to Prepardness Pro for coupon information too.

You have inspired me to try.
Thanks & Blessings,
Kristine

A lot of stores in my area do a 10% Senior discount day or a 10% veterans discount day. A great way to help someone out or save some money as well.

Though I was one of the ones who waited until one of the last classes, it was not because I was procrastinating as much as trying to figure out how to get into a class with my schedule not working with yours, and getting to a class in fairly close proximity to my home. We do the best we can and appreciate you making it easier on us by making your schedule busier and having more classes in diverse places at diverse times.