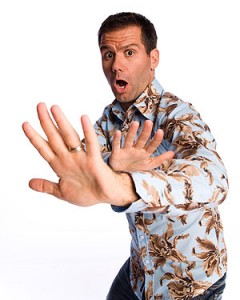 What? The Preparedness Pro is wrong?

“Oh my. What was she wrong about?  Was it how she preserves eggs with mineral oil and without refrigeration?  Was it how she dares to store water on the concrete in her basement? Ooh. Maybe it’s that she uses Diatomaceous Earth in her whole grains.”  Nope. I’m 100% confident that I’m correct in all of those teachings.  However, I have been wrong about a critical aspect of preparedness in the past, and I’d like to correct it today.

What did I do wrong in teaching preparedness?

I’ve been teaching preparedness classes for a little over 10 years. But I’ve been teaching it WRONG for most of that time. As I look back on what I used to teach and compare it to what I know now, I cringe at the dramatic difference.  I wish I had known this one important lesson back when I first started teaching so that I could have taught it properly all this time.  Instead, I too have had to learn the lesson over time. But doing so has made my world of preparedness much more realistic, applicable, simple, and peaceful. And so today I hope that I can effectively share with you this one lesson as well, in hopes that you too can have the same results.

Reasons I've been Wrong about preparedness! 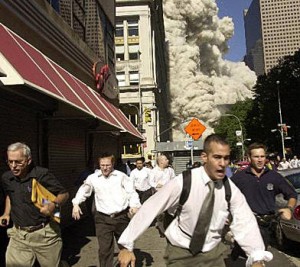 Panic and fear could be replaced by peace due to preparation

“Emergency” preparedness is simply too far-fetched for most people to comprehend. There’s a reason for that. It’s the natural defense systems that our brain automatically provides us.  The first stage of the mental process in the midst of a disaster is “denial.” That’s why so many persons stayed put in the WTC towers on 9/11—some did so even though they had already endured the bombing attack in 1993! Their brain simply refused to admit that a terrorist attack could happen twice!  What I’m saying is that you will always encounter a rational person’s brain denying the possibility that a “disaster” could even occur.  And unless you get them to embrace the possibility for a disaster, then they will NEVER embrace any actions designed to prepare against an “emergency.”  It’s not the delivery mechanism of the information that hinders preparedness efforts. It’s the brain's natural responses.

"Emergency” preparedness is pre-planned panic. Everyone knows that where there’s an emergency, there’s great suffering, stress, and devastation. Who in their right mind wants to plan on encountering that? If you personally do not suffer in this manner, you still will be a witness to other’s suffering. Such a sight will then cause stress and panic in even the most well prepared person.  Trying to talk your mind into pre-planning for a disaster is simply not realistic.  Yes, there are a great number of folks who are better mentally prepared for a disaster than others. But I assure you; they did not open up some overhyped emergency preparedness catalog in the mail and simply decide to be prepared for World War III. Disaster preparedness is a compartmentalized part of preparedness.  It comes with mental conditioning one step at a time.  You are no more likely to be prepared for a disaster overnight than you are able to go from 100 pounds overweight to having a six-pack of abs the next day. 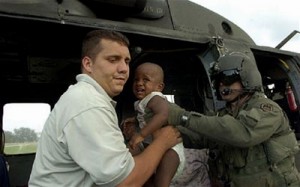 Preparedness occurs one day at a time. We have to learn to be prepared for TODAY before we can hope to be prepared for something more serious.  The good news is that being prepared to encounter the changes and challenges that come into your life daily is EXACTLY what you need to be prepared for the potential catastrophic events. Anything less than this would be in violation of natural and eternal laws.  We simply cannot violate them. Trying to do so will only manifest ignorance and stupidity in the midst of a true disaster. Its people who don’t understand this natural process who grow up to be an EMT and tell someone that “an EMP is not life threatening.” In my opinion, this is why FEMA and the Department of Homeland Security are so messed up and ineffective. These entities are run by people who have absolutely NO idea or belief in being prepared on an everyday basis, and yet they are attempting to prevent suffering on a catastrophic level.  Now that’s what I call a disaster and I believe it’s EXACTLY why these entities have been inept in aiding victims of disaster time and time again.

Hurricane Katrina is a perfect example. It wasn’t’ FEMA that helped people or government officials.  In fact, New Orleans Mayor Nagin delayed issuing evacuation orders sooner because he was too busy checking on the legal liability that such orders would expose him to. His brain wasn’t trained to handle disasters. His brain was only prepared to administer and manage.  Instead, it was the better mentally prepared individuals, The National Guard, who began rescuing hundreds of people from Hurricane Katrina before a single order was given to them. Kind of an obvious contrast, eh? Their minds are actually trained to think in terms of disasters and catastrophes. No one had to tell them what to do. They knew what to do thanks to years of everyday mental preparation.

You simply cannot prepare for a disaster without having the foundation for daily preparedness. While some of us may quickly progress mentally from one aspect to the other, in order for us to be sane, effective, and credible in our large scale preparedness efforts, we must be successful in our everyday ones. What we are and who we are everyday will only be magnified under the fire of a serious disaster. If we fall apart mentally because we get caught in traffic on our way to an important job interview, we will be even more useless to those around us in the midst of a serious, life or death event. We won’t be able to fool anyone as to our “hoped-for strengths.” They will crumble in light of the Refiner’s Fire. We will not be able to suddenly overcome our weaknesses or infirmities simply because our heart intends to help others.  Our intentions will only be a mask to our true mental fortitude, and an unconvincing one at that.  All of our weaknesses—spiritual, mental, temporal-- will be blatantly obvious when held up to the demands of a large-scale crisis. 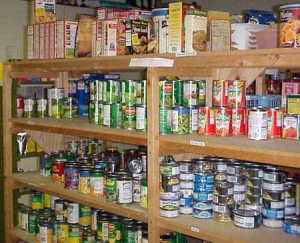 Preparedness simply isn’t about disaster management at its heart. It’s about independence, self-reliance, and freedom--everyday. That’s how we have to learn it, and that’s how it should be taught.  This is why I hate the phrase “food storage” for example. The term food storage is attached to the days of the Depression disaster, the days of famine during Joseph's reign in Egypt, and other unpleasant thoughts. Whereas a pantry which can sustain myself and my loved ones for several decades—that’s not about doom and gloom. It’s about peace of mind knowing that I control my grocery bill, not Wall Street or any Administration. It’s about convenience. It’s about comfort. This is how all of our daily preparedness efforts should be perceived. It’s healthy. It’s realistic. It’s TRUTH.  Our brain is much more accepting of truth than it is of disasters. I firmly believe that there are no victims in life. There are only volunteers.

The day I’m inconvenienced in my pursuit of freedom, peace, and self-reliance is the day in which I choose to be a victim, at the mercy of whatever life throws at me, bowing in submission and futility. I don’t know about you, but futility, submission, victim…none of those words describe me very accurately. If we choose to ignore the countless cases in support of independence from vulnerabilities in our food, nutrition, quality of life, water, medical care, our finances, and so much else, then we choose to be victims.  On the other hand, we are completely free now, every day, to counteract those vulnerabilities and stand independent and free from the manipulations of nature and mankind which are rampant around us. Acting on those freedoms now will ensure that we are fully prepared for more serious events in the future. And that, my friends, is what preparedness is really about.

Ah, well Kellene, you are only human. You are allowed this ONE mistake, LOL. We have all come to rely on you and your judgement. Thanks for taking the time to care for others.

Kellene, you are becoming my muse. I sent a link to this post to my Provident Living group. Our Sunday School lesson this week was on preparing the ark...our own ark. I told everyone that we shouldn't call it Emergency Preparedness any more, but Preparedness. It should be the way we live. Great minds think alike. Can't wait for you to come to Oregon!

This state of mind that we are developing or have developed over time is really the crux of the issue. Having survived a hurricane as a pre-teen and having gone to the store in advance only to find the shelves nearly bare made a mental imprint on me that makes preparedness part of my DNA. Living with a pantry system is part of our family's culture. I anticipate that there will be disasters in the future that are unfathomable now but I want to be as prepared for them as I am prepared to make dinner tomorrow night without making a trip to the grocery store first.

Mentally I have made preparations line upon line and precept on precept over time and it has served me well. We have learned to "store what we eat and eat what we store" and we are becoming better at "use it up, wear it out, make it do, or do without". In this economy that is a paramount lesson.

Sharing this important message to so many is a wonderful service that you and your team provide for so many and it is greatly appreciated dear Kellene!