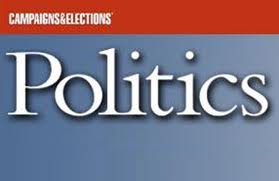 Politics have everything to do with a person’s preparedness efforts in a myriad of inescapable ways. Local, state and national politics will influence HOW you prepare, WHY you prepare, WHAT you prepare, and WHEN you have to use what skills and resources that you’ve intended to use amidst just about any “society down” scenario.  As such, regardless of what a person’s political views are, it’s critical that we all stay abreast of the political environment in their community and their country.  I hope to illustrate for you that in reality there’s not a single component of your preparedness efforts that ISN’T impacted by the political landscape in which you live.

Let’s start with something as simple as the crime rate in an area. Does that impact HOW we prepare or at least to what extent?  A politician’s influence will impact the crime rate in a particular area as they wield the laws which are or are not enforced, the stiffness of the consequences, 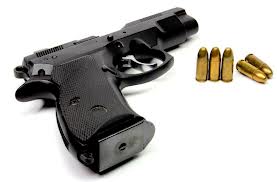 and the rehabilitation steps that are required upon the release of a known criminal. The more riddled with crime a particular area is, the more likely that one will have to be that much more careful in how they acquire their supplies, use their supplies, and refurbish their supplies. Criminals have a tendency to believe that what is yours is mine. As such, if we live in a high crime area, it’s very likely that we will HAVE to be mindful that we will have to possess the resources we need to provide an effective protection of our life, liberties, and vital essentials.  This means that politics might actually make a difference between whether or not we plan on “bugging in” or “bugging out.”

That leads me to another way that politics impact our preparedness efforts. The political mantra right now in the U.S. threatens to eliminate a 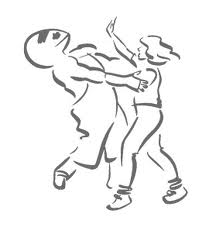 myriad of viable ways that a person can defend themselves against someone that would do us and our loved ones harm. The political climate has a DIRECT impact on the extent to which we can be safe amidst a “society down” scenario.  If you don’t believe it, ask any single pawn shop owner or guns store owner in the U.S. whether or not their sales have been impacted by politics. Come on. We all know that it has. In fact, politics have most definitely impacted the PRICE we pay for our self-defense supplies, the AVAILABILITY of those supplies, and their justified use. Just ask anyone living in Australia how safe they feel or how likely they are to defend themselves against a violent perpetrator without suffering an even stiffer penalty for “fighting back” than the criminal gets!

Along that same vein, the political climate also has an impact on just how far we have to go to take care of ourselves. There are those who believe they live in a political climate that will take care of them in the event of a disaster and thus such persons might only be concerned with having a 72 hour kit. Then there are those political environments which have convinced persons that they need to be ready to take care of themselves completely with no expectation that the politicians in their area can agree upon anything quickly enough to assist those who need help. Hurricane Katrina and Hurricane Sandy are just a couple of examples we have that show us how politics most definitely impact the response time and allocation of funds.  Those impacted by either of those natural disaster events are STILL waiting for assistance in a myriad of ways.  The political climate during the Teton Dam break and Hurricane Katrina are vastly different. You ask a survivor of the Teton Dam what the recovery efforts were like vs. a Hurricane Katrina survivor and you will see two very, very different worlds.

None of us should be blind to the fact that the doings of our political leaders have a direct impact on our economic stability. It’s the politically motivated mathematics that continue to feed us false economic status reports, misleading unemployment numbers, burden of taxation, the load of foreign debt, whether or not our retirement funds get properly protected, and even the cost of our essentials such as hard assets, food, water, 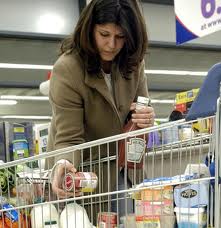 and fuel. In fact, there’s not a single item that we stock up on for the “what if” scenarios that isn’t influenced by a politician or a truck driver. (I love my truck driving friends…the politicians? Eh…not so much.)

The political scene influences whether or not martial law may be anticipated. Whether or not the laws of our land will be enforced thus controlling the behavior of the criminals and those who would track them down. But the wrong kind of politics can turn law-abiding citizens into criminals and law enforcement officers into high-powered bullies.

The political scene impacts every single aspect of our lives and in doing so requires that we are ever vigilant in watching and being aware.  Look at Greece, Spain, and Honduras. The political actions affecting their economics have now made it impossible to pay for key medical supplies and prescriptions.  Politicians influence what kinds of medical devices and prescriptions get approved 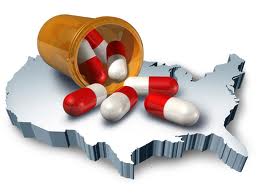 everywhere in the world , which means they influence which methodology your doctors are going to suggest for you.  It’s a difference in POLITICS that explains why Europe still encourages alternative health care options and the U.S. vigorously discourages them causing more than 200,000 Americans to become medical refugees every year, traveling to other nations to address their chronic illnesses.  Politics even influence what kind of questions you get asked during your medical visits.   What if  political pressures influence the approval of a medication to be used that will actually HARM you and perhaps even cause death?  When I see the politically driven medical policies that can harm me, it makes me that much more aware and determined that I HAVE to become more self-sufficient in taking care of my body because there have been far too many that have died, become chronically ill, or disabled for the rest of their life all because someone, somewhere, DIDN’T have their constituents best interests at heart.

As Americans, we should all be educated on the historical accounts of how this nation came to be. (If you’re not, I’m willing to bet that it had 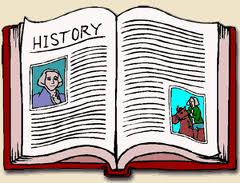 something to do with the politics which influenced the history text books you used in your public education.) The endurance and strength that persons had to possess in order to survive in the 1700’s came about solely because of political influences which erupted into the Revolutionary War and several other more localized war-like instances. If that’s not a lesson on Preparedness, then I don’t know what is. Later, the Civil War broke the backs of anyone who wasn’t prepared to be self-sufficient as supply deliveries of essentials were cut off, stolen or destroyed.  In fact, I doubt that there’s ANY war that has taken place across the globe that didn’t have political jockeying at the crux of the cause and motivations. Political “leaders” impact who we go to war with, why, and when and I can think of very few instances in which a full-blown war hasn’t had an impact on just how self-sufficient persons had to be, can you?

If you look at the 10 Principles of Preparedness, you will see that  there’s not a single one that’s NOT impacted by the agendas and actions of your political leaders. Whether or not your freedom of religion is recognized and protected will impact your level of Spiritual Preparedness. What 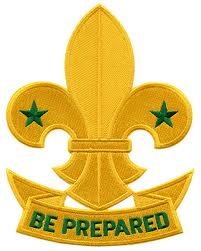 you’re taught in school, what’s allowed to be published and your level of access to that information will impact your Mental Preparedness. The food and chemical policies of your politicians impact your Physical Preparedness. The policies on health care, socialism, communism, etc. will have a direct impact on just how much you need to do to ensure your own Medical Preparedness. And so it goes, on and on—through every single Principle of Preparedness.  Financial Preparedness? Of course that’s affected. The politics of the FDIC and the U.S. Treasury impact whether or not you can have access to your bank account, how much cash you can remove at a time and even down to the nearly every syllable spoken by your bank teller.  So tell me how any of us can think that our wallets or bank accounts can escape the impact of politics? If we want to be successful in strengthening our ability to endure rocky times in comfort instead of misery, then the next time any of us might be inclined to run from a political discussion as if it was the plague, we need to stop and ask ourselves HOW this particular political posturing will impact and alter our Preparedness efforts.

If you want to do more than think about politics, go to POPVOX.com and let your opinions count. We heard from our congress person after we let them know how we felt about gun control.

I personally do not encourage providing electrical information on any issues to persons that you don't know on the other end.

I couldn't agree with you more! One by one, executive orders are being signed off on that will have a tremendous impact on our lives: from controlling the pharmacutical companies, the land you own, what kind of guns you can purchase or own, to electrical grids and much more. One thing we've learned since Hurricane Sandy, is that 72 hrs isn't enough to sustain you or your family through a horrific disaster. What we can do, is to be prepared for a longer duration of what is yet to come. All one has to do is go to the grocery store to see how high the prices have increased. Thank you Kellene for sharing your thoughts and wisdom with all of us.

You are really right on this!!

Kellene,
". . . the wrong kind of politics can turn law abiding citizens into criminals and law enforcement officers into high-powered bullies."
If you will watch the attached UTube video (which I stumbled upon last evening)
you will have convincing PROOF of just what you speak of.
I was shocked and feel even more vulnerable than I thought I ever could after
viewing the video https://www.youtube.com/watch?v=tta1qhQZWSE.
You have many choices to view if you just search 'Gun Conviscation Katrina'
in UTube. YOU DO SPEAK THE TRUTH AND I THANK YOU FOR YOUR VOICE.
WAKE UP AMERICA!

Do you have an opinion about the Success Council? They are using video clips of statements made by GEG. Thank you.

Hi Kellene,
New reader. Are you alright? There haven't been any new postings for awhile and wondering if I'm missing something or if you're ill. Either way take care. Enjoy your writing. Larry

Thanks for your concern. I had to leave town in a hurry for a family funeral. Since I refuse to recognize TSA's authority to scope and grope, I had to drive and it was all the way to the other end of the country. :-/ I'm worn out emotionally and physically, but that will only be temporary and we'll get back on it. Thanks!

I would like to purchase a cook book with good shelf stable food recipes. Can you please email me info.