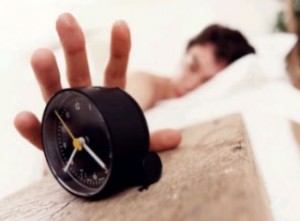 This is your wakeup call

First of all, I should provide a disclaimer to everyone reading this article.  I feel like a bit of a hypocrite using this analogy because I really am NOT a morning person.  After reading, researching, or writing until 2:00 a.m. most nights, there is very little that gets me up before 8:30 in the morning—serious.  So, please overlook that weakness of mine and get as much as you can from the article otherwise. *grin*

I’ll admit I’m not much of a morning person.  I am usually up late writing, researching, or just plain reading.  When I set the alarm for the next day, I usually do so with the utmost of optimism.  “Yeah, I can get up at 6:45.  I’ll just DO it.”  But then 6:45 a.m. hits and my body says “Are you crazy? Isn’t against your religion or something to get up this early?!” I then engage the snooze button.  I’ve been known to make use of that snooze button for as long as an hour! Yup. I’m a snooze button junkie. It’s mind over mattress during these occasions, and my mattress is the reigning chance during such battles.

So my question for you today is: are we snooze button junkies in response to the circumstances around us, or are we more committed to self-reliance, peace of mind, and safety? Being committed as such means that we pay attention to what’s occurring around us and plan accordingly.

The other day my husband and I were coming out of the grocery store late at night. A woman was hunched over her shopping cart balancing her check book. Her trunk was open from her having put her groceries in it. She had the driver’s side door ajar. And yet here she was standing at the rear of her car, balancing her checkbook. Her purse was out and very, very accessible to any passersby. She was wearing a ponytail—which makes her that much more of a target for an attacker. Clearly, this gal was not aware of her surroundings. She was so focused and absorbed in her activity. I’m not sure what possess a person like that to just stop what they are doing and reconcile their checkbook (although I can relate to some hyper-organized activities which posses some of us—ahem….). But if this type of scenario is indicative of what else happens in her life, then she could easily be putting herself in constant danger. If it had been any earlier in the night and if I hadn’t been in such a hurry, I might have stopped to share with her an understanding of her present vulnerable state.  Being AWARE is critical not only towards our safety and peace of mind, but it’s also critical in guiding us towards appropriate preparedness efforts. Whether those efforts are on a daily basis or a prologue to a disaster, they only get put into motion by a state of awareness. Basically, this gal was pushing the snooze button the whole time she was distracted (aka asleep and unaware).

When I teach my Women of Caliber classes, before I even mention the word “firearm,” I spend a great deal at the beginning of the training talking about the change that needs to take place in our level of awareness. This awareness is critical in order to be capable of defending ourselves in any manner.  This same premise holds true in being prepared—on any level.  Unfortunately, the people we worry about are snooze button junkies. Even we get a bit burned being the “be prepared” Boy Scout.  But I believe that if we are given an opportunity to learn, then it’s important that we take that opportunity.

Speaking of which—WOW! Was this past weekend full of wake up calls (learning experiences) or what? 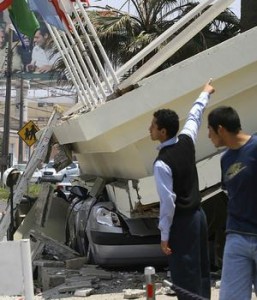 First you have the 7th largest earthquake in the world which hits Chile. (8.8+ magnitude) Then you have the tsunami warnings affecting over a third of the world’s nations. Then you have the mudslide that hit the Los Angeles freeway—still undetermined as to why. Add to that the “national catastrophe” of France as declared by the French Prime Minister. Several deaths occurred as a violent late winter storm pummels Western Europe—particularly in France. At least a half a million persons are without power just in France—not to mention other surrounding countries. And then you have yet another, completely separate earthquake, hit Argentina (6.0 magnitude). And just for good measure we still have hundreds of thousands of individuals without power along the eastern seaboard due to record snowfall.

So, what do you do with all of this input? Well, first of all, you don’t panic. I don’t recap these events so that we trade in a snooze button for a panic button, I assure you. You panicking will do nothing to help your own state of preparedness and it certainly will NOT convert anyone else to accepting any preparedness activities of their own.  But what we should do is sincerely ask ourselves what we can learn from these circumstances.  I think that it’s even more important to ask these questions in light of the fact that so much occurred worldwide in such a short span of time as well (this weekend definitely shot the “rule of threes” out the window, don’t you think?). 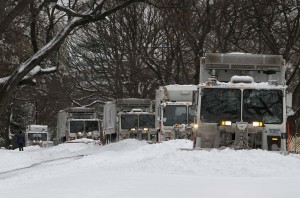 One thing that I really want to emphasize with all of this is that it does not alter my stance on “peaceful preparedness. There is not a scenario that I can think of that won’t be improved with deliberate actions conducted with a sense of calm. The earthquake, the power outages, the snow storm, etc. are perfect case studies for that point. I do hope though that these scenarios will better eliminate the excuses which are employed by the people I care for—you know—the excuses which they come up with, believing that “preparedness” is all a bunch of needless, panic-induced hype. The differences between a prepared household and a snooze-button household will be as drastically different as the Haiti earthquake vs. the Chile earthquake.  The consequences of Chile’s earthquake preparedness efforts as opposed to Haiti are like night and day. Chile will quickly bounce back in spite of a much more severe earthquake. This is the result of their long-time awareness and subsequent preparedness efforts—the fruits of which we can see in their present mental resolve, rescue efforts, government organization, etc.

Although it was a relatively minor one, there was also a 3.8 earthquake to hit the Ontario/Quebec border last night at around 10:50 pm EST. For those of you who don't know that is eastern Canada and it hit just north of the state of New York. What in the world is happening?

Earthquakes occur in clusters. So expect some more, folks.

Keeping in mind that I am a useless male around food except for the ability to eat it would you please give me a by the numbers explanation of how you prepare wheat right from the storage bucket.......thank you

Don, it all depends on what your desired result is. Why don't you e-mail me and give me more info for yoru question and I'll see what I can do to assist you from there.

I can only try to imagine the shattering enormity of a 8.8 earthquake.

And they do come in a series...as the earth's various plates adjust and rebalance, more earthquakes follow the first, often far apart, but they make sense when you Google a map of the world's overlapping plates and earthquake fault lines.

Kellene, thanks for this very helpful site.

PS. Having just gotten through the well-advertised back to back DC blizzard/s, I made three observations about preparedness:
1. Supply chains for necessities (snow shovels, salt, food staples) are now very thin, and stocks sell out faster than in my past experience. Now that WalMart dominates retail and many alternative independent retail outlets have ceased to exist, the population has only a few sources for items like snow shovels. When WalMart and Home Depot sells out of their 10 or 20 or 50 shovels in inventory, that's it--as my affluent DC suburb discovered. Shovels and salt sold out 3 days before the storm hit, and did not restock. Same story with supermarkets--bread, milk, meat, candles etc were gone 24 hours before the first flakes of snow hit. If you waited until even the day before, you were too late. Prepare, prepare, prepare.
2. Governments and homeowners associations, condo managements etc are not helpful. Either incompetent or overstretched. Power can be out for days. Plows do not come, or their drivers (lowest bidders?) create more problems than they 'solve'. Paying taxes and HOA fees does not translate into getting what you paid for. Organizations do not meet crises well; individuals have to.
3. Emergencies and disruptions last longer than many people expect, largely because of #2. above. Some who were prepared for 2 or 3 days without power found they were without power for 6, 7 days or more.

Being prepared meant we were comfortable. Mnay of our neighbors were not prepared, or only semi-prepared, and those folks were miserable.

Andrew, thank you so much for such a beneficial comment! I love how you worded many of your thoughts.

I also heard there was a quake in the Cayman Islands, of course that is pretty close to Chile and could be part of that. http://earthquake.usgs.gov/earthquakes/recenteqsww/Quakes/us2010thck.php.

Then there was reports of over 78 tons of dead fish washing up in a lagoon in Rio. http://earthquake.usgs.gov/earthquakes/recenteqsww/Quakes/us2010thck.php. When you add it all up, it doesn't look good. But you are right, we don't need to push the panic button. We just need to be prepared.

Also, I am teaching a preparedness class to some adoptive parents and preparedness is a laughing matter here. So, I wondered if I could use some of the comments you made today and those of Andrew's if he doesn't mind. If I could get a few people in a preparedness frame of mind, we might all be a little safer here. These people I am teaching preparedness to have never been exposed to the topic before...so, wish me luck.

Thanks for all you do.

Sorry, this is the fish story.

You should never use a snooze button, get rid of it! If you use if for an hour in the morning, in return you get an hour of lousy sleep as you wake yourself up six times to turn off the alarm. Your performance will be affected all day.
How good would your sleep be if you woke yourself up every ten minutes all night long? That's sleep deprivation, a form of torture! Better to have a healthy uninterrupted extra hour of sleep than deliberately screwing up your sleep cycle.

You are 100% right! See how warped my relationships with mornings is? :-)

Hello Melanie, yes, please feel free to quote me. Kellene, thank you for your compliment and for this terrific site.

"Organizations do not meet crises well. Individuals must."

Thanks Andrew and Kellene.