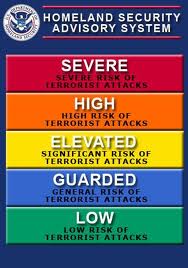 This is a Drill! This is Only a Drill

This is a PRACTICE scenario--not a PANIC scenario. It's also a practice in recycling JUNK into something that can be as worthwhile as to save lives. What more could you ask for, right?

As you may know if you’re spend time with us on our Facebook page, there are has been a LOT of “chatter” coming at me via various information resources. But there’s been a problem in that no one has been willing to go on the record or definitively confirm any of this. When I say “on the record” I’m not meaning that I expect them to share their name with the rest of the world, though I do require that I confirm identification of anyone that I rely on for information, because one of the most important things to me about operating Preparedness Pro is that our info is reliable. But on news as…well, let’s say potentially serious as these persons are attempting to have me believe, I MUST have some concrete information that I can back up with correlating confirmation. Unfortunately, that’s not been the case with the last three weeks of information gathering. So my rule of thumb is that it’s not real unless I can CONFIRM it’s real. So instead, I’ve chosen to chalk all of this off to the kind of rhetoric and speculation that we’ve had for the past several presidential elections.  However, given the plausibility of the information that I’ve been receiving lately, I thought that it would make for a PERFECT time to put into practice our various preparedness efforts. 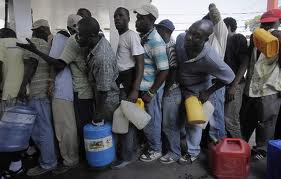 Whether it is as a family, like-minded group, or as an individual—depending on your circumstances, requiring yourself to go through a bona fide practice scenario can be SO incredibly beneficial in helping you to be better prepared both mentally and physically. It gives you an idea of where your weaknesses are in your efforts, it makes it less traumatic when a real-life crisis may arise, it goes a long way to give peace of mind afterwards knowing that you ARE ready in many aspects, and it gives your mind something to “recall and apply” if you ever find yourself suddenly in a crisis. So instead of freezing and/or panicking, your brain—behaving like a computer solving a mathematical problem—will be able to draw on this experience of this practice scenario and enable you to essentially go on auto-pilot or behave “instinctively” in handling a crisis similar to this crisis that you may encounter in the future. It’s the fact that First Responders (police, EMT’s Firemen, FEMA workers, Red Cross workers, etc.) regularly endure this kind of mental rehearsals that make them the stand-out people who are calm, cool, and collected in a emotionally climatic scenario. They are able to keep the blood flowing to the necessary parts of the brain and thus be clear headed in a crisis whereas the general populace has their blood flowing the largest muscles in their body in an effort to enable the body to “flight or fight”.  Star athletes have always used this method of training as well in order to give themselves a serious advantage over their competition. Mohammed Ali frequently talked about how his greatest strength in any fight was his mind and his ability to rattle the mind of his opponent. People who perform well in a crisis do so because of practice. More importantly, these kinds of performers don’t just practice the SKILL needed, they practice the ENVIRONMENT of pressure under which such skill may be needed.

O.K. So, back to this Drill scenario. Let’s use the basis of this rumor mill in order to create for ourselves a plausible 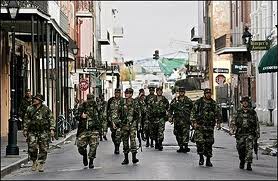 scenario with color and background and details in order to make the most of this drill. OK. So allow me to give you some more UNFOUNDED details of all of this scuttle-butt I’ve been hearing.

There has been a specific date window offered several times. It is believed that there will be a serious event occur between the dates of October 24th through the 26th . This instance is expected to involve an attack on our public water treatment facilities nationwide as well as our public water areas.  This crisis, as you can imagine, if it were to occur, would indeed bring about a great deal of civil unrest.  The rumor mill states that this is exactly the desired effect because it will then give probable cause for our present administration to declare a state of Martial Law.  So in addition to the panicking of Americans because of their lack of water, they are further panicked because of their own water supplies being the target of those who have not and who might be desperate in obtaining some. But keep in mind that even IF such crisis and it’s portended dates were accurate, and even IF there really was to be a declaration of martial law, there are a bazillion things going on right now that would have had plenty of weight which easily could have ALTERED any specific plans--IF they were to actually exist. So once again, I want to remind you, this is just a PRACTICE DRILL. 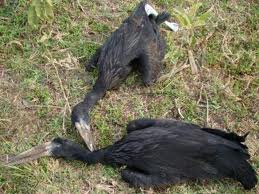 Consider some other consequences to this scenario. Compromised water systems and open water sources means that drinking water is gone unless you’ve got some stored already; water to clean is gone without you being able to treat it first by having it at 180 degrees for 5 full minutes; all food manufacturing would stop instantly; all pharmaceutical manufacturing would stop immediately, the water needed to perform operations and to clean and sanitizes hands, areas, and work instruments would be compromised and would have to endure other means for accomplishing the sterile circumstances needed; at home cooking and cleaning and bathing would be arduous as all water used would have to be treated first. No fishing. No restaurants in operation. No food manufacturing. No water available for freezing and preserving food thus a lot of food we rely on could go to waste.  Meanwhile, if you are one of those persons who has water stored in barrels that are visible outside, your home is now a target for a desperate fearful person who has woefully unprepared to take care of his family and young ailing daughter—thinking that only crazy people stock up on things like water. 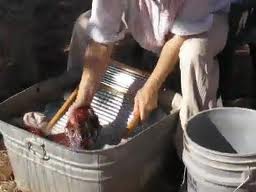 All of this scenario I’ve shared with you will bring about even greater unrest. You may or may not still be able to go to work in a real life scenario like this. How well, or to what extent you really want to try this exercise is up to you.  What other consequences might there be as a result of this scenario? More work to prepare fresh meals. Cleaning with baby wipes. Bringing your own supply of water to school or work. Having to strictly rely on what you can prepare and cook at home. Etc. etc.

Depending on what is used to actually poison the water that facet of this practice drill could present a whole other set of circumstances; if it’s biological warfare it could be a virus that passes easily from one person to another. This element added to the crisis will of necessity bring about that much more desperation and lunacy. And it would also drain what little water supplies people have protected from the effects of the virus because in order to recover from a virus, lots of fluids is the answer. Wow. More civil unrest would be certain in such a scenario, and it will lay the ground work for the administration to enact an even more strict form of martial law all over the nation.

So, now here’s the magic question. Crises don’t come when we finally give them the go ahead and say “Rolling!” right? So 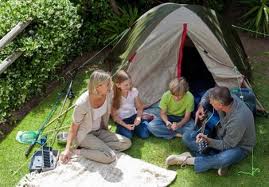 I’ve deliberately held off on announcing this little challenge for the night before the 24th of October. It’s up to you how realistic you make the practice for yourself. Electricity can still function with compromised water sources ad it works based on the volume of water not the safety of it, so at least you’d still have electricity, right? And you can still go to work or school as you planned but it will have to be without the school lunch and no drinks from the drinking fountains.

Let's just recep what we're looking at for this practice scenario:

As a family I’d be sure to watch the key sources for news over the next couple of days just as you would if there truly were to be a serious situation as this arising. In other words, get your mind in the game. The more your mind is there the better your drill will be fore you and your family.

We’re not offering any reward or incentive for you to participate in this exercise this time. We’re certain that since I’ve been able to give you so many plausible details for this practice drill, your experience will it will be your greatest gift. I suggest that you run the entire lengthy of the 24th through the 26th of October in order to reap the greatest reward. 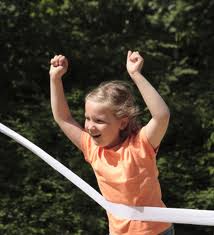 Let’s consider if there are any “cons” to running with this sudden practice scenario…What’s the worst that can happen? You’ll find areas where you need more work. You’ll find that this Practice Drill came at a time when something was REALLY scheduled to happen and thus be more ready. Or of course you get a little bit more peace of mind knowing how well you were able to handle the situation in spite of that long list you have in your mind of all of the things that you still need to do or have to be ready. Regardless, practice never makes pathetic, right?  Nope, Practice Make Perfect. Let’s give it a try folks. You are responsible for the logistics and perhaps some more specifics, but as you go through this, let’s hear from you. Let’s hear of what happened in your imaginary crisis scenario of Oct. 24-26th!

So...how about it? Will you join us all on this little Preparedness Pro Practice for the next 72 hours? If so, I advise you to be very aware of your surroundings. And if there is any credence to all of this “info” that I’ve had come at me lately, it would still be wise to stay in the Yellow realm of readiness as you would in a real crisis. I'd suggest that you take time to be aware of what's being reported on the news tomorrow through the 26th of October. IF you see one iota of something concerning, I'd suggest you ere on the side of caution while still remaining, peacefully and calmly aware. But when nothing happens, then just consider this a nice little 72 hour fire drill. OK?

I’ll be hear right there with you…and I’ll be cheering you on as well! Good luck!