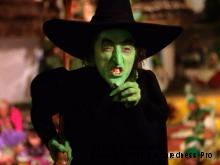 Today’s article isn’t about the all-natural cure for battling the Ebola virus. Nor is it about the 12 essential food items you can make from powdered milk. It’s quite a bit off the beaten path of the traditional “prepper journey”. However, it is still very much about being self-sufficient and it is about securing an asset that you MUST have if you’re to be truly prepared for troubled times ahead. It’s purchased with very little funds in the traditional sense and yet once you’ve acquired it, it will turn into an asset that is more powerful than any of the traditional tangible “preparedness” items, which will have no expiration dates and can actually increase in value far superior to any other asset that’s traditionally discussed in the world of preparedness. That asset is one of strong family ties and the friendships that we’re blessed with which can equal the strength of those bonds.

Entertainment is a valuable commodity that most are blind to nowadays as the underlying value is typically smothered in the cacophony of modern influence such as digital effects, momentary thrills, and hi-tech encounters.  Whenever I encourage people to remember to have games and fun-filled distractions in their bug out bags or their bug-in supplies, there’s always a handful of folks who naively suggest that they won’t need to entertain their children as they will be too busy working to survive the crisis. But the reality is that not only will children need activities to help them mentally cope (and momentarily distract them) amidst their trials, but the hearts and minds of adults need the same prescription in order to function in stressful circumstances.  More importantly though, if you think about that last sentence you’ll realize that this is the reality for our everyday lives TODAY just as much as it will be amidst a crisis of a higher magnitude that may come our way in the future.  Not only do our minds need the distraction, but our hearts need the camaraderie of family and friends in order to endure the challenges we face—today and as we ponder what might be in the future. So today I’m going to share with you one of some very low-tech ideas my mom came up with that I believe will help draw your family and friends together in such a way that you can have the relationships be the core of the interaction rather than the high-tech digitized noise and lights.  I’ll add another ideas over the next day as well. These solutions are great for any budget and they’re unique enough compared to distractions that are found on the store shelves that you’re likely to create great memories rather than another example of money poorly spent. Oh and here’s a secret… I use these kinds of activities at parties, combined with some yummy dishes and a secret potion punch *grin*, to help create new friends—because, you know, we can never have enough friends. *insert witch laugh* These activities are sure to bring smiles to the faces of all ages as well as hearts renewed as you create bonds that will last tough times.

First a little introduction as to the origins of most of these ideas—Mom. My mother raised 5 of us on her own for most of my childhood with the brief interruption of a few stepfathers intermittently scattered throughout the years of 6 through 17. As you can imagine, money was always tight in our household, but we were never permitted to focus on the “I can’t” scenarios when it came to money because Mom insisted that if something was important enough to have then getting it could be solved with smarts and creativity combined with hard work. (Which probably explains why I loathe it when someone says “I can’t afford it” or “I’m too broke” etc.) As a result of that foundation, I have memories of some great moments throughout my childhood in which Mom would surprise us with some unexpected experience born of her creativity that she would share with us to highlight various holidays throughout our lives. These moments of creativity helped us to forget what we didn’t have, strengthened our bonds as brothers and sisters, and gave us much fodder to use in the future to entertain our own children, nieces and nephews, and friends in a spectacularly memorable fashion. I hope that as you implement some of these ideas that you too will find some joy through these down-to-earth, digital-free, homegrown frugal ideas to strengthen the bonds with those that matter to you greatly today, and will indeed matter greatly to you tomorrow.  I know I’ve used them successfully over the years to secure friendships which I believe will always be one of the greatest assets I can have in times of trouble AND peace. But even if you aren’t inclined to use any of these ideas, I hope that they will at least inspire you to some of your own (which we’d love to hear about, of course) and that it will help you to see the importance of strengthening the bonds with your family and friends in order to maximize your self-sufficiency efforts.

Halloween Autopsy  I suppose this could be fun for anytime of the year, but it’s obviously more conducive for All Hallow’s Eve.

Mom put us all on stools and then blindfolded us. She had the typical Halloween music (Disney, I believe) playing in the background as she proceeded to play the role of the Witch who would capture NAUGHTY children and use their various parts to make her potions. Of course Mom would use her theatrical talents to change her voice and cackle along the way through her story.  She then proceeded to place in our hands various items which she would then identify as body parts. This might sound a bit gory, but each body part that the Witch handed to us was also specifically applied to the root of naughty behavior (You’ll understand as you see the list below).  Of course we weren’t handed actual body parts, but the items she would place in our hands were everyday items that were believably transformed into what she declared them to be when combined with her story of WHY she would take them from the naughty children, the spooky music in the background, the blindfolds, the darkness and of course her scratchy witch voice. She started with the smaller parts and then had “the brain” be the finale. 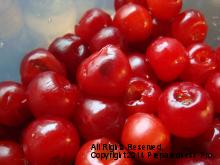 Heart (Raw liver meat)—failure to have compassion and charity towards family members and neighbors (she made this one much worse by timing a beating heart sound while she had each of us handle the “heart.”)

Toes (Large black olives)—failure to hurry home after school, or hurry through one’s chores without being asked repeatedly. I still remember her saying that the children could no longer dance, run, or play without their toes and instead would have to walk with a zombie-like shuffle without toes. *grin*

Fingers (Narrow, fresh jalapenos with “press on nails” attached at the tips, stem and seeds removed as best as possible without splitting the pepper)—failure to pick up and clean up rooms, house, etc. and failure to use hands to help others.

Teeth (dehydrated corn pieces)—failure to eat healthy, consuming sweets in secret (we were REALLY bad about this and it drove her crazy), and failure to speak kindly towards others. (I’ve used candy corn for this too, but it’s too obvious of what it is, whereas dehydrated corn takes folks by surprise.

Skin of the face (flesh of a warted squash—the more bumps on it the better)—failure to smile more. This one she would declare she didn’t “take” from the naughty children, rather they fell off. She declared that the flesh got more and more rough with every angry or mean face the naughty child ever made and that every lie they told caused another big ugly wart on their face until the faces just fell off. I have used a whole squash that was round on the end, just cut off the end, and declared it a shrunken head that I would also put corn husk hair on.

Brain (Raw roast—small to medium in size)—failure to consider the consequences of naughty actions and failure to think about others and what they need.

Excellent topic for everyone to consider.....how desperately this is needed with today's kids. Any opportunity to get folks from a crooked neck and to actually have to carry on a conversation...:-) Looking forward to your next ideas....love this one.

I so wish I lived closer to you Kellene, I would be involved in every class with you I could. You are a wealth of knowledge. Keep helping us girl!

Thanks, Lisa. That warmed my heart.