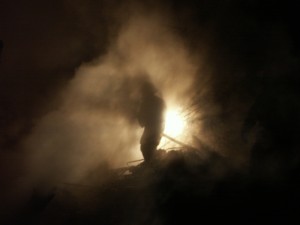 The term “fog of war” is heard frequently amidst the fighting terrain of our soldiers.  In the middle of a shoot out between our forces and enemy combatants, time seems to warp, speed up, and just plain stop, depending on which soldier you speak with. This phenomenon is a result of the mind assimilates all that is going on around them at the time of a high adrenaline state. This altered state doesn’t just occur on the battlefield however.  It will affect us any time that we are threatened or surprised.

When “fog of war” affects us, it automatically brings with it an uncertainty regarding our own capabilities.  It also fogs our perception of the intent of any adversary or their capability during an engagement of self-defense.  We tend to have tunnel vision which inhibits our ability to see the whole picture. How many times have you heard a witness say “time just seemed to stand still,” or “I didn’t see anything else except that gun”?  This is the result of the alteration of perceptions such a time and depth.  We also lose our fine motor skills in such a scenario.  And we certainly have an alteration of our sensory perception.  Again, perfect example, how many times have you heard of a person being shot or severely wounded, but not aware of it until after the climax of the battle was finished?  Considering that all of this is bound to happen when you need to save your life, it doesn’t sound like the ideal time to be handling a firearm (or any other lethal weapon), right?  Well, the point of this article is to be sure that you’re aware that just because you have a firearm (or other like weapon) doesn’t mean that it’s all you need for protection when you hear glass breaking in the middle of the night.

Most gun owners do not take into account the fog of war effect.  They presume that since they have a firearm and have practiced with it a couple of times that they are safe. While some may call me “paranoid” that I have rehearsed again and again what I will do when walking to my car in the event of an attack, I try to explain to them that I’m training my mind to act in a specific manner rather than jumping back, swearing, and losing my senses.  I am well aware that shooting at the range, indoors or outdoors, no matter how realistic the shooting exercise is, it still does not make me an expert in battling a real attack. Only my mental and physical practice can appropriately overcome my initial instincts of fear and flight. 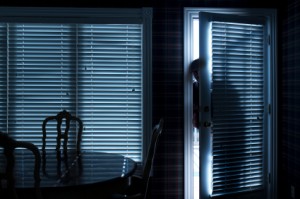 The only way to successfully overcome the effects of the fog of war is to practice. Practice mentally AND physically.  Don’t rely on yourself having to remember specific actions. Practice with your firearm so much that it’s completely second nature. Practice so much that you know the feel of that firearm as well as the outline of your child’s hand.  Mentally rehearse multiple scenarios in your home so that when it happens, your brain has already embraced the sequence of actions that you will take. This is just one of the reasons why I've practiced "clearing my home" in the dark. As hilarious as it was, the Pink Panther series is a perfect example of preparing for the fog of war--if you recall Inspector Clouseaux would come home to whatever scenario his Chinese butler had in store for him and walk through those actions.

My mother worked for our town's police department for several years. They were hired by a local bank to create a practice scenario for them to better prepare for any attempted bank robbery.  ALL of the employees KNEW it was supposed to happen.  They all showed up to work 2 hours early. They all KNEW this was a DRILL and yet when my mother pulled her fake gun out of the baby blanket she had covering the fake baby, the teller she hollered at to "hand over all the cash in the drawer" literally began sobbing!

Practice, practice, practice.   Particularly under the stress of an attack, you must have the mindset to defend your life—even if that means the loss of the perpetrators life, have the ability to deliver the target shots necessary to STOP your attacker, and to do so in a manner in which you will not be emotionally altered for the rest of your life.  This only comes with education and practice and it's beneficial at ALL ages too. Don't hesitate to run all kinds of helpful drills with your kids. Fire drills, earthquake drills, what to say when a police officer knocks on your door drills, etc.  Practice is obviously critical for events in which you're attempting to use a firearm, but drills are just as helpful for other crisis scenarios as well. Not only will you build up your mental fortitude, you'll also give your brain a familiar place to go to solve the problem that you're facing. Even more importantly, it will give all of the participants a greater sense of confidence in a real scenario -- an invaluable tool. 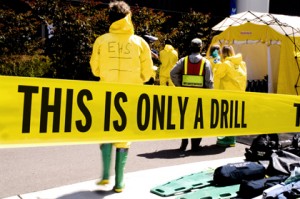 So, will you schedule the time it takes to defend your life, or will you just hope that it just happens?

To print out this article for PERSONAL use only, simply select "ctrl  P" which will enable you to print the entire page. If you select "print preview" when you opt to print, then you will be able to determine WHICH pages you want to print so that you're not unnecessarily printing pages that are of no value to you. We've disabled the traditional highlighting and paste option on this page due to the rampant theft of our content by other bloggers, who then post the content as their own.

Very well spoken ,I have had several experiences where I was confronted ( closing our restaurant late at night) and you are right about time seeming to stand still.I have never had to shoot someone but because I was prepared nothing more than some shaken nerves was the result.In my younger days I was mugged ,more aptly described as beaten and robbed because I was first somewhat intoxicated (I do not drink Now (30yrs) and two I was completly oblivious to all the warning signs ( heck I was young ,a vet and had been around the block a few times ) .Got my teeth knocked out ribs broken ,nose broken etc.. That was a learning experience! I vowed to never be surprized again . Which is one of the reasons I became a prepper many many years ago

I love reading your blogs and enjoyed watching you on the Doomsday Prepper program.
I find this article right on the point, most people today do not realize what it will take if they are faced with a life or death scenario.
Your words on practicing whenever you can, especially with your children, is definitely sound advise for everyone, even those with experience handling their firearms or other lethal devices.
Thank you for all you do!
Danno

I have been like crazy ( for a 60 yr old) trying to get us ready for whatever might happen in the future as the world's happenings are unknown and scary to me. Well, in February
my hubby bought me a small gun, which I have not shot, However I did take a Womens only gun class taught by women. It was an 8 hr class. I got through it but barely. I shot their guns many times and thought that was all I needed to do.
Last week my hubby suddenly brought out my gun (empty of course) and told me to check to see if was loaded and then load it. Well, I'll be darn I froze and couldn't remember a thing. I was like a deer in the headlights. Guess I need a little more practice. Your article woke me up. Thanks much